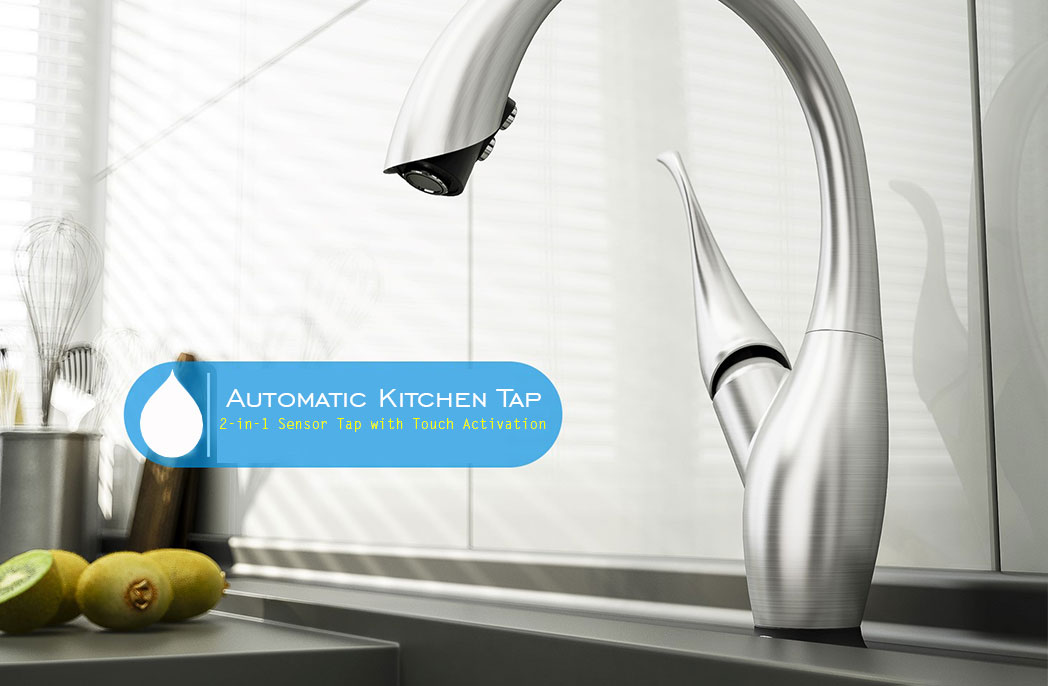 This tap can be electronically activated using state-of-the-art capacitive 'touch' activation, and can also be operated manually.

This tap is equipped with touch activation technology, and can also be manually-operated via its side lever. This is an ideal designed for domestic applications. Upgrading to an automatic sensor tap from a manual tap has enormous benefits and advantages over conventional taps.

The tap can be operated manually by using the side lever. This controls water ON/OFF and the temperature. This gives a manual override function when the 'touch' function is not sufficient.

This tap is electronically activated using state-of-the-art 'touch' activation technology. With its unique design, it will not look out-of-place, and able to blend into any domestic design styles and trends.

There are two options of water flow: Spray and Aerated. With a push button, the flow type can be changed as desired.

We have wide range of sensor automatic products suited for both commercial and domestic projects.

Tap can be activated by simply touching the frame of the tap, and needs to be touched again to switch off 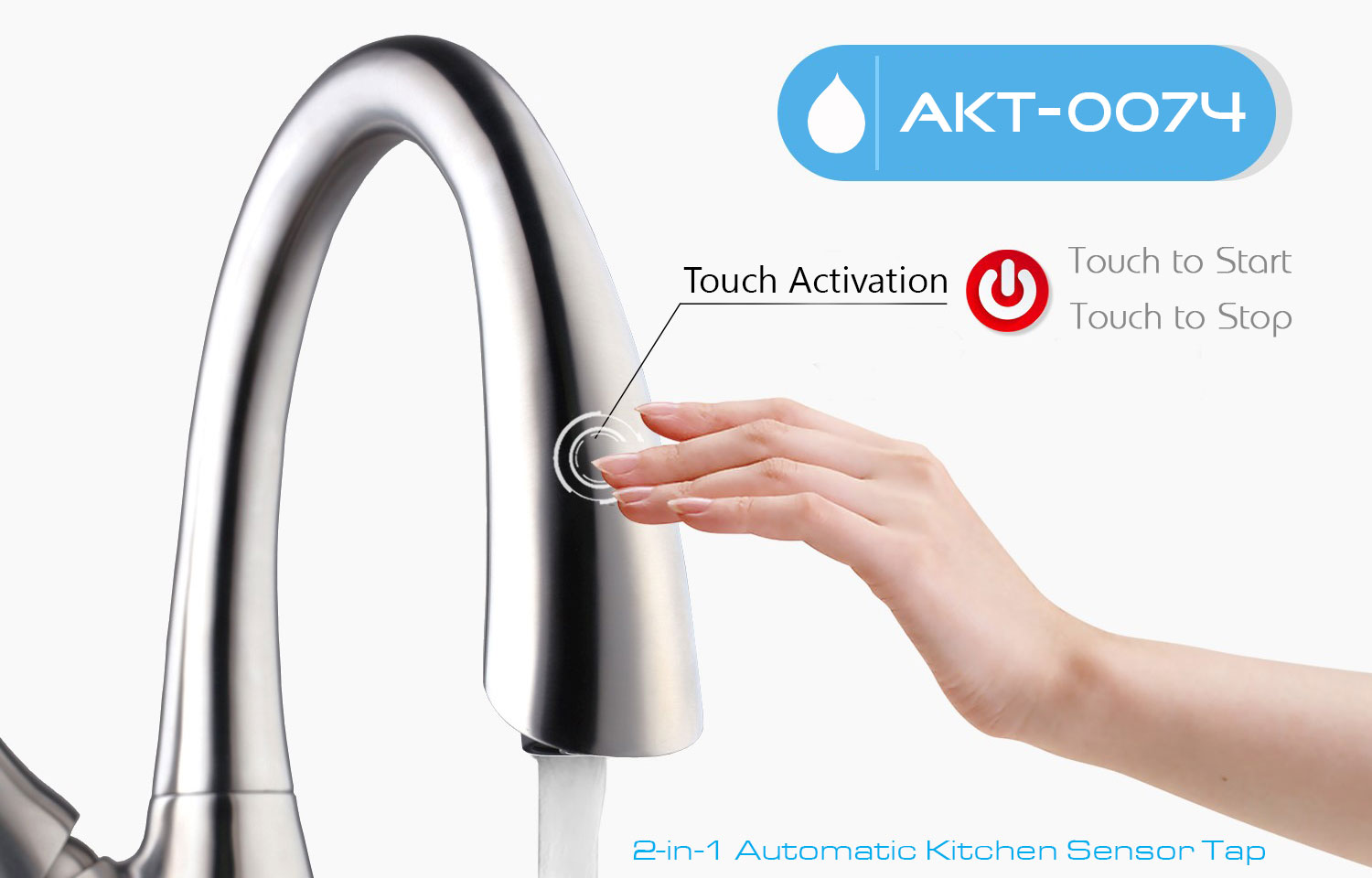 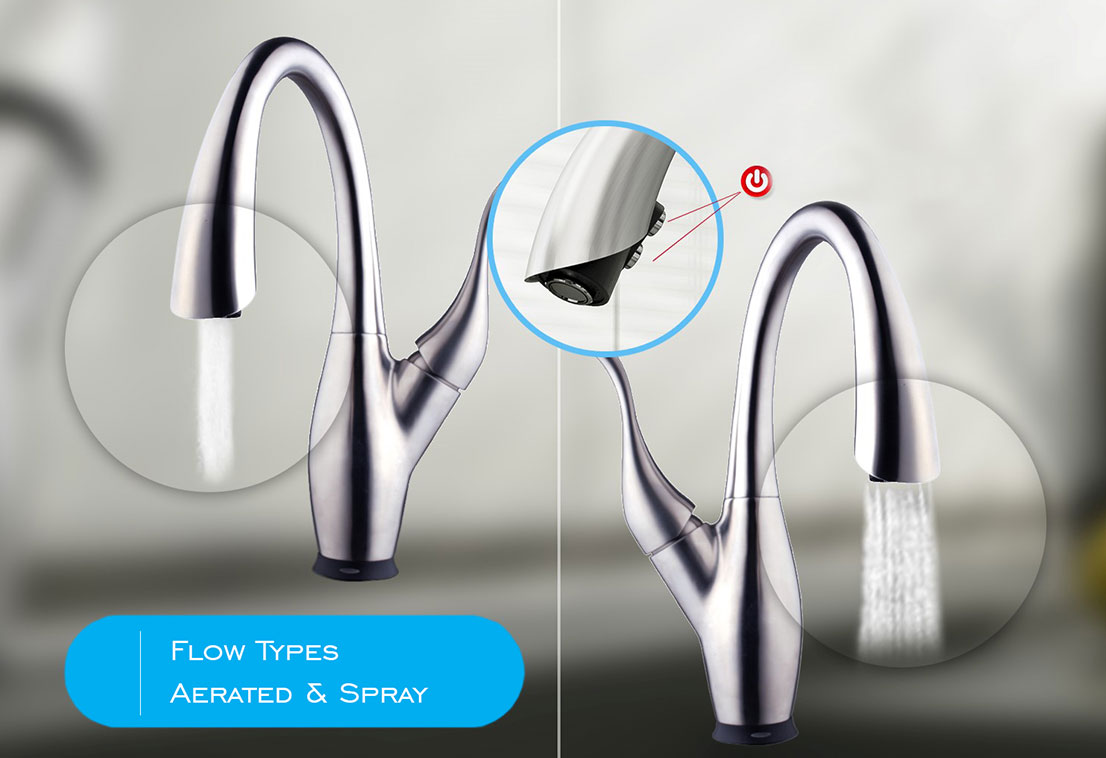 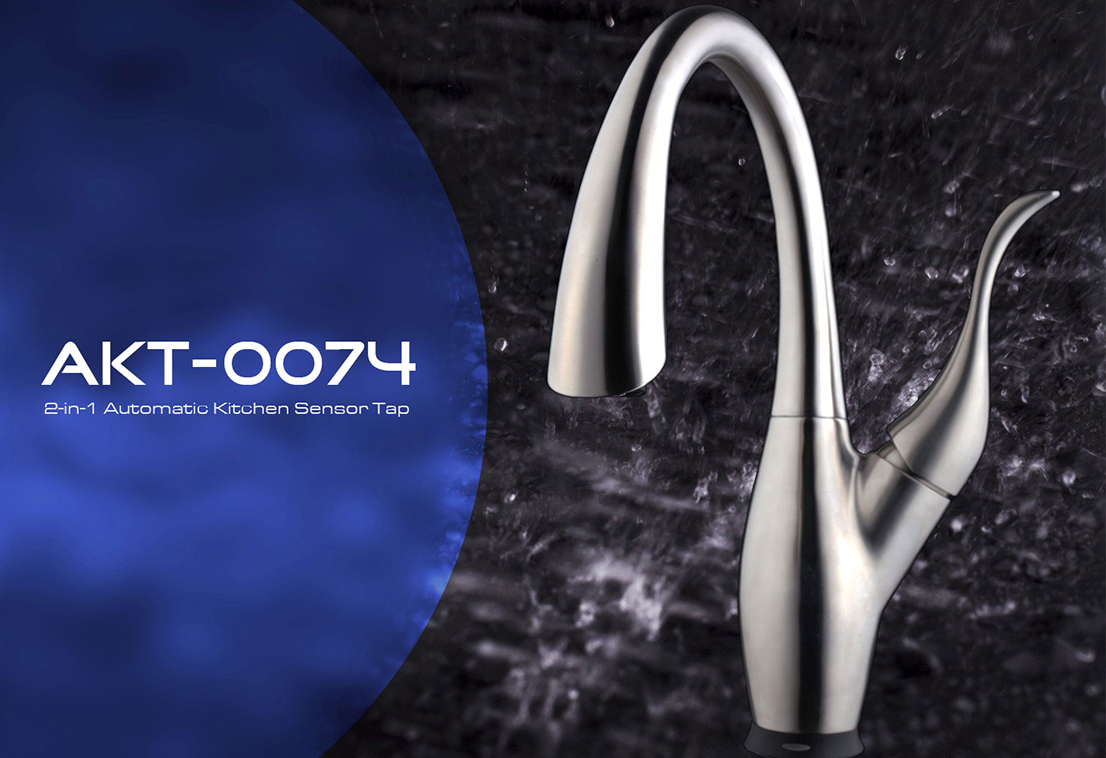 Autotaps™ AKT-0074 Kitchen sensor tap features ON/OFF Super Capacitive Touch control function, which gives the user easy control of water without the mess. Any part of the body can be used such as the elbow, or back of the hand.

Autotaps™ AKT-0074 is manufactured with seamless usability in mind. The nozzle/spout can be pulled out of the tap's frame and allows the spout to extend to hard-to-reach places around the sink area. It also features two flow types: Aerated and Spray that caters to different usage.

This tap can be operated electronically as well as manually, via its side lever. This gives ease of control where/when automatic control function is not needed or necessary.